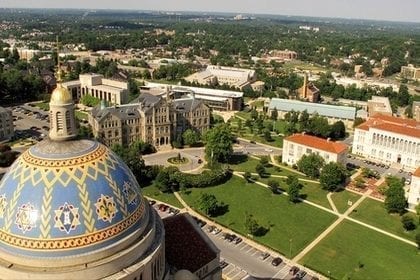 The Mars Society will be convening the 19th Annual International Mars Society Convention at the Catholic University of America in Washington, D.C. September 22-25, just weeks prior to the U.S. presidential and congressional elections.

Leading scientists, government officials, policymakers and space advocates will address the four day conference on the latest updates about Mars exploration, planning for a human mission to the Red Planet and other major space news.

In addition, the Mars Society has organized a number of public debates on issues of major importance to the U.S. space program, including whether or not NASA should fund the Asteroid Redirect Mission, the relevance of Planetary Protection oversight with regard to Mars human and robotic exploration and the legal basis for Mars and space settlement and sovereignty.

Full details about the 2016 Mars Society Convention are currently available online, including how to register, the list of confirmed speakers and opportunities for volunteers. The convention’s program itinerary will be posted on the Mars Society web site in the coming days.