About the Mars Society 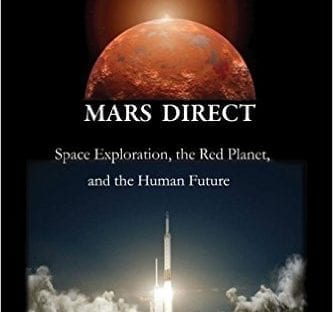 Mars Direct is a sustained humans-to-Mars plan developed by Dr. Robert Zubrin that advocates a minimalist, live-off-the-land approach to exploring the planet Mars, allowing for maximum results with minimum investment.  Using existing launch technology and making use of the Martian atmosphere to generate rocket fuel, extracting water from the Martian soil and eventually using the abundant mineral resources of the Red Planet for construction purposes, the plan drastically lowers the amount of material which must be launched from Earth to Mars, thus sidestepping the primary stumbling block to space exploration and rapidly accelerating the timetable for human exploration of the solar system.

The general outline of Mars Direct is simple.  In the first year of implementation, an Earth Return Vehicle (ERV) is launched to Mars, arriving six months later.  Upon landing on the surface, a rover is deployed that contains the nuclear reactors necessary to generate rocket fuel for the return trip.  After 13 months, a fully-fueled ERV will be sitting on the surface of Mars.

During the next launch window, 26 months after the ERV was launched, two more craft are sent up: a second ERV and a habitat module (hab), the astronauts’ ship.  This time the ERV is sent on a low-power trajectory, designed to arrive at Mars in eight months – so that it can land at the same site as the hab if the first ERV experiences any problems.  Assuming that the first ERV works as planned, the second ERV is landed at a different site, thus opening up another area of Mars for exploration by the next crew.

After a year and a half on the Martian surface, the first crew returns to Earth, leaving behind the hab, the rovers associated with it and any ongoing experiments conducted there.  They land on Earth six months later to a hero’s welcome, with the next ERV/hab already on course for the Red Planet.  With two launches during each launch window – one ERV and one hab – more and more of Mars will be opened to human exploration.  Eventually multiple habs can be sent to the same site and linked together, allowing for the beginning of a permanent human settlement on the planet Mars.

The Case for Mars (Book)