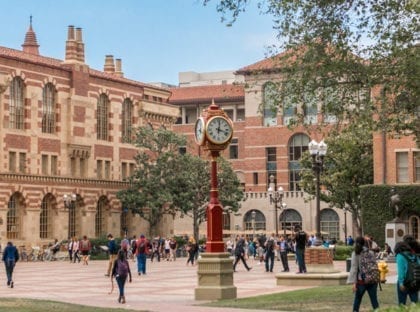 The Mars Society conference will bring together prominent scientists, policymakers, entrepreneurs, journalists and space advocates to discuss the significance of the latest scientific discoveries, technological advances and political-economic-social developments that could impact on plans for the human exploration and settlement of the planet Mars.

The theme of the 2019 convention will be The Space Launch Revolution: Opening the Way to Mars, detailing the impact that the ongoing world-wide space launch revolution is having on preparation for human Mars exploration.  The agenda will also include a variety of plenary talks, panel discussions and public debates concerning key issues bearing on human Mars exploration.

Conference highlights will include the latest exploratory results from the Curiosity and InSight missions and the Mars Express, ExoMars Trace Gas, Mars Reconnaissance and MAVEN orbiters. In addition, there will be updates on the upcoming ExoMars and Mars 2020 missions and a recount of the Opportunity rover’s many accomplishments on the Red Planet.

A number of special events will be held during the convention:

Previous Mars Society conventions have drawn hundreds of participants from all over the world and have received extensive national and international press coverage. This year’s conference should be one of the most exciting and interesting events to date. We hope that you’ll join us!

Call for Papers – Abstracts Due By September 17th

Those intending to submit an abstract for consideration should complete the online form located at: http://abstracts.marssociety.org

Presentations for the 22nd Annual International Mars Society Convention in October are invited dealing with all matters (science, engineering, politics, economics, public policy, etc.) associated with the exploration and settlement of Mars.

Abstracts of no more than 300 words should be sent by September 17th. Those submissions received after the deadline will not be included in the printed convention literature and are lower priority for adding to the final schedule.

The Mars Society, led by Dr. Robert Zubrin, would like to take a moment to thank everyone who came to the 22nd Annual International Mars Society Convention in Los Angeles last week. With 350 (+) people attending the convention’s daily sessions, as well as the 300 who came to our sold-out Saturday evening banquet, this year’s international conference was one of the most successful to date. In addition, we would like to express our appreciation to all of the speakers… READ MORE >

The 22nd Annual International Mars Society Convention, scheduled for October 17-20 at the University of Southern California, will be broadcast via live webcast. This will include all major plenary talks, panel discussions and public debates over the course of the four-day conference in Los Angeles. Those unable to attend the international forum are kindly invited to watch any and all sessions at: http://webcast.marssociety.org. To view the conference’s program itinerary, please click here. For additional details about the Mars Society convention,… READ MORE >